After seeing his grandfather lose both his legs to smoking and then his life, Gordon Wanganeen decided it was time to break the smoking cycle for future generations.

Gordon, 28 of Rosewater and a Narungga/Ngarrindjeri man, quit smoking nearly 12 months ago.

“I decided to kick the habit while I was still young and didn’t have any smoking related health issues,” he said.

“I thought now is the time to quit smoking, because when I do have kids I want to have a longer life so I can be around for them.”

Both Gordon’s grandparents and mother suffered heavily from smoking. His grandfather passed away at a young age.

“My grandfather had heart problems, lung problems, and he had his legs cut off from smoking,” Gordan said.

“The doctors tried to tell him that he needed to slow down his smoking, but he thought he lost his legs and the only pleasure he had through the day was having a cigarette, so he kept smoking.

“I wish he quit at a young age like me or didn’t smoke, so I could have had a much longer relationship with my grandfather.”

Gordon started smoking when he was 19. He loved sports, but smoking affected his ability to play consistently,

“On the basketball court I had trouble breathing, I was coughing. There was a lot of gunk and stuff coming up from my lungs,” Gordon said.

“And at night, I found I was breathing really heavy when trying to sleep.”

Gordon said while it is still early days since giving up, he is breathing much more calmly and steadily and not struggling or gasping for air while running.

“Yeah I have had a few relapses, but that’s life. The main thing is that I keep going and don’t give up the fight,” he said. 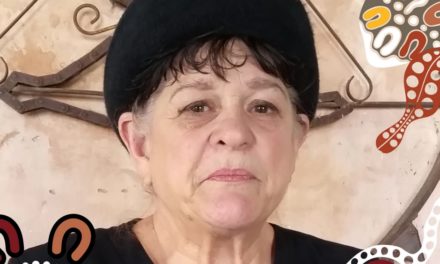 If I can do it, you can! Remember cigarettes do not own you!