This is Jean’s Story

It was not until a doctor caught Jean Pinkie smoking before an operation to remove three blot clots from her lungs that she decided to quit smoking.

Jean , 63 of Wingfield and a Bindjali woman, was only 30 years of age at the time. The doctor told her if she kept smoking that she would be in big trouble with her health.

“He told me I would be on an oxygen bottle. I suppose I just thought that it wouldn’t happen to me,” Jean said.

“But then my brother walked into the hospital room and he told me he had lung cancer.

“He passed on with his lung cancer and I couldn’t go on smoking, not when you lose loved ones over it and see them suffer. It is a horrible thing.”

Jean also lost her partner at the tender age of 45 to cancer. This was because of the lifestyle of smoking and drinking.

“The ones [family] that have changed their lives around are still here and living to a lot longer now,” she said.

With 22 grandchildren to keep her on her toes, Jean says she is lucky to be alive, healthy and smoke free.

“I go out of my way to tell my grandchildren about the dangers of smoking . . . and the first step is not to start,” she said.

“Because once you have that one cigarette you are well on your way to being addicted.”

“Everyone smoked, which is why they called work breaks ‘smokos’,” she said.

“I was a young girl and everyone was handing out cigarettes. There were packets of cigarettes everywhere over the tables in the lunchrooms.

“I thought smoking was a part of being an adult and a cool thing to do.” 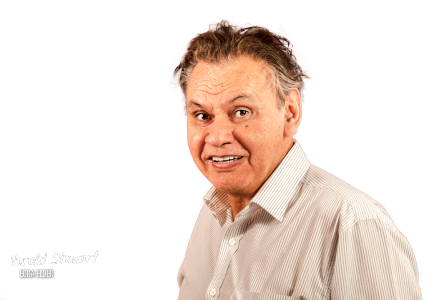 The Tackling Tobacco Team visited the Brady Street Clinic and this is what they had to say!